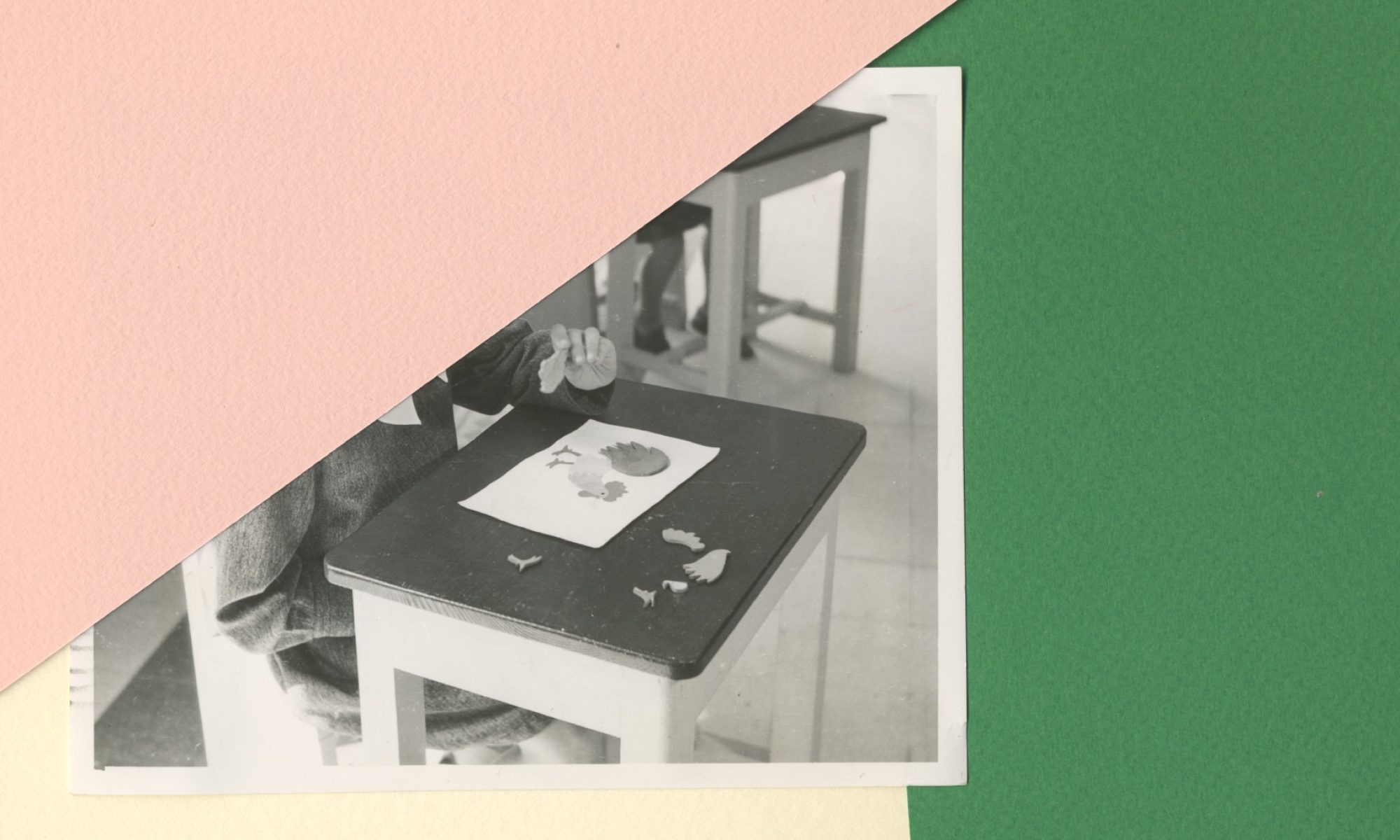 People are gradually waking up to the realisation that the internet is not a bodiless ether, but is a mass producer of carbon. Every year the amount of carbon produced as a direct result of the internet is increasing. Coverage of this issue first became fixed in my mind with the rise of bitcoin. Mining bitcoin is a computing – and therefore energy – intensive process. As the popularity of cryptocurrency increased, so too did the energy expended on mining it, until the total energy used globally to mine currency was equivalent to small nation states such as Iceland, then Switzerland, then larger nations like Venezuela. The electricity used to mine bitcoin is estimated to produce 22 megatons of CO2 annually; a full breakdown of bitcoin’s energy consumption can be found here: http://www.digiconomist.net/bitcoin-energy-consumption

This is energy spent ‘producing’ something, which is cryptocurrency. But for most people when we think of the internet we think of using it to enjoy things, whether that be social media, streaming services, ordering food, publishing and so on. Of course, it also underpins almost all work processes nowadays, whether that be email, video conferencing, finance transactions, or anything else that is considered work today. If you work at a computer, you obviously know that you use the internet. If you work in a shop or café, you use the internet to process sales. If you work in a factory, you use the internet to process orders, monitor machines, order new materials,  and so on. Almost any job you can imagine is already connected to the internet or in the final stages of being connected. The internet was once viewed as adjacent to the exterior world; you went ‘on’ the internet, surf the worldwide web for a time, then returned to terra firma. This is no longer the case, maybe no longer even possible.

All of this interconnectivity comes at a cost. Global energy production has soared in the last two decades. Global usage figures are often so vast that it is hard to get a firm grasp on the matter, especially what constitutes energy used by the internet can also be hard to pin down. Fridges, toasters, bathroom scales, and other appliances are increasingly connected to the network, alongside devices whose primary function is communications. In any case, here are some of the figures. Sweden’s KTH institute reported in March 2019 that the internet uses 10% of global electricity, up from 8% in 2012, and in 2017 The Guardian reported that the communications industry could use 20% of all electricity by 2025.

Within these massive figures, data centres present a unique problem within the communication economy as they are massive, expensive, and both use a large amount of electricity and expel vast quantities of heat. In 2016 a US department of energy Berkeley lab reported that data centres used the equivalent of 1.8% of the total US electricity consumed per year. Data centres are huge silos of servers where everything available on the internet is stored. The largest companies have several versions of these centres, used to store data for different continents and to act as back ups in the event of any problems. Data centres not only use a huge amount of energy but also require consistent cooling mechanisms and usually need access to large quantities of water as part of this. Ireland is, by accident, very suitable for data storage. The relatively dependable climate and access to the Atlantic, coupled with its tax haven status, has seen a boom in data storage. In January 2020, The Guardian reported that Ireland:

is already Europe’s data centre capital, with [Apple, Facebook], Amazon, Google and Microsoft siting operations there. Dozens of centres have opened in recent years, bringing the total to 54, with a combined power capacity of 642MW. Once a leading exporter of floppy discs and CD-roms, Ireland has successfully transitioned to the big data era.

But success comes at a cost, and the same article states that ‘by 2028 data centres and other large users will consume 29% of Ireland’s electricity, according to EirGrid’ in comparison to an expecte 8% worldwide by 2030. It is clear that as more and more economic production is geared towards supporting the data centres that a new bubble is emerging in Ireland, perhaps even more significant than the construction bubble that led to the 2007 crash.

Between 2000 and 2010 the Irish construction industry accounted for €25bn of Ireland’s GDP in that period. Data centres are still new enough that their contribution to the economy is not singled out and reported as a percentage of GDP. However, a look at the figures being thrown around underscores the nature of the bubble. A 2018 IDA paper claimed that between 2010 and 2018 data centres accounted for €2.96bn in construction investment and a further €1.59bn on operating expenditure. (www.idaireland.com/newsroom/publications/ida-ireland-economic-benefits-of-data-centre-inves) There is no reference to tax collected as these companies famously do not pay any. In addition the report references a ‘trickle-down effect’ (no really, they used that phrase!) of €2.58bn indirect construction and operating benefits.

The grand total for these fifteen years between 2010 and 2025 is therefore estimated to be at least €22.6bn, with an unknown additional quantity of indirect benefits.

At least the residential construction sector is a significant employer, and contributes something tangible to the country in the form of houses and buildings, even if for a number of years before the crash these buildings and whole housing estates were increasingly ill-advised.

In contrast, the data centres are not intended primarily for Ireland’s benefit but rather to service the whole of Europe and further afield, for the benefit of American companies headquartered elsewhere. They are not significant employers once they centres are built. They will employ fewer and fewer people as automation increase, and they currently pay little to no tax. As was the case with the previous crash, the economy is being distorted in order to support the weight of outside influences focusing on one sector within the country. In addition to current usage, 31 data centres have planning permission, with a cumulative power demand of another 629MW. To service this, new power plants, substations, and other infrastructure will have to be constructed, while towns and cities across the country struggle to deal with basic demands for better internet, improved roads or alternative modes of transport, and government utterly fails to house the thousands of homeless people living on the street or from couch to couch.

The companies involved like to tout their use of renewable energy for publicity but even if the power is produced from non-fossil fuels it will not be without impact or emissions. Amazon, Google and others are building massive wind farms in Kildare, Cork and other parts of the country to supply their power. This takes land away from the local communities, increasing competition and driving prices for farms and housing sites up.

Despite plans for renewables, some of the new energy production required to support these data centres will use fossil fuels. An Irish Academy of Engineering report states that these data centres will increase Ireland’s carbon emissions by 13% by 2030 (http://iae.ie/publications/electricity-sector-investment-in-data-centres-in-ireland/), in a period when almost every other nation in the world is taking steps to reduce their footprint.

This year, Ireland will be fined €250m for failing to meet 2020 carbon reduction targets, and will continue to be fined for years to come, while American companies outsource their carbon emissions.

Just as Shannon airport has been allowed to support the worst excesses of American warmongering for the last two decades, so the nation’s economy is held hostage while Amazon, Facebook, Google et al profit from Ireland’s energy production. Many of these companies are increasingly active in the military contracting business, which only makes the comparison with Shannon more significant, and Ireland’s continued participation with American profiteering more morally suspect. Consider the fact that the defence contractor Raytheon builds missiles and drone support systems in Fife, which makes Scotland indirectly complicit in the murders that the United States carries out using these technologies. Is the same happening in Ireland now, in the form of data monitoring and espionage? Almost certainly yes.

The data centre boom repeats the colonial experiences of Ireland in the nineteenth century. The Railway Mania of the 1830s and 1840s saw investors funding railway construction in random parts of the country, generally disconnected or isolated from one another, in a frenzied bid for profit. When the crash occurred the railways were abandoned, like so many aristocratic fancies. The first transatlantic telephone line was stretched from Newfoundland to Valentia Island in 1858, connecting the two continents. But importantly, this was not for the benefit of Ireland, but for the continued growth of colonialism and commerce. In the twenty-first century, we now see data centres developed for the benefit of others, while too many people struggle to even find a reliable – to say nothing of economically viable – internet connection outside of the larger urban areas.

Maybe it seems too good to turn up our noses at this investment. The economy is tearing ahead with a growth rate higher than China’s, and journalists and economists are yet again reluctant to put the brakes on. But a new Ireland, which cares for its citizens and prioritises their needs first and foremost, must resist the unfettered growth of the data economy in the country. Any potential benefits must be weighed against the economic, environmental and social costs that are occurring as a result of this economic warping. Once these tech giants have milked the country for any tax breaks or economic benefits, when there is a change in the data economy, when it becomes more practical or cheaper or more cost efficient to locate these projects in third world countries or back in the US, they will pull out of Ireland and we will be left with ghost estates on a monstrous scale.